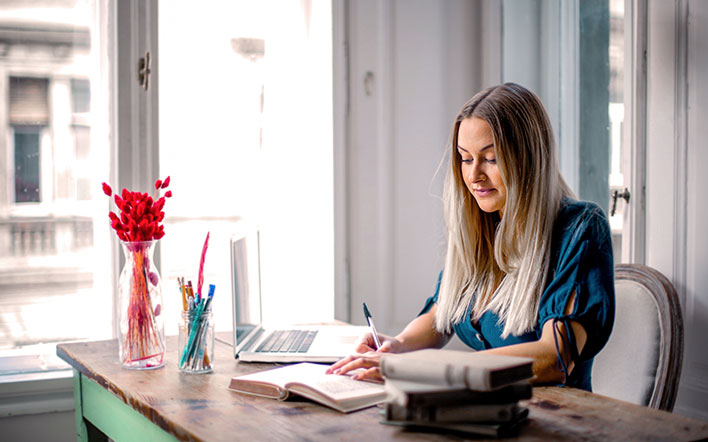 While many companies are starting to open the doors of their offices once more, the majority of workers are reluctant to head back to the office permanently. Although most workplaces are currently asking employees to be in the office a few days a week, it seems that workers are not looking forward to a full return to normality.

A new survey has found that 78% of workers only want to be in the office for two days or less, even when they can be open full time again. However, almost a third (31%) have said they don’t want to spend any time in the office at all, showing that forced home working throughout the Covid-19 pandemic has provided some benefits.

While some employers may not be on board with a hybrid way of working or with permanent homeworkers, most of the UK’s top 50 biggest employers have seen the benefits too. Of these businesses, 43 have said that they are ready to embrace a mix of working from home and the office, with staff being encouraged to stay at home two or three days a week.

However, the work from home advice issued by the government could come to an end on July 19th, which could change how companies deal with current homeworkers.

How Many People Are Working From Home?

The last year has seen the number of people working from home more than double, with 8.4 million people, according to the Office for National Statistics (ONS) completing duties at home at some point in the week. That is 25.9% of the people ONS spoke to (which didn’t include those on furlough), compared to 12.4% in 2019.

The trend for home working seems to be higher in cities, with 46.4% of people employed in London working from home at some point in 2020.

What Are the Benefits Of Working From Home?

While permanent, full-time home working is going to be less common, hybrid working – where people work from home and the office during the week – looks set to become the new normal. This is because so many people have seen the benefits that working from home brings.

The biggest benefit, with 68% saying this is the case, is the lack of commute. People haven’t missed long drives or dealing with packed public transport – both of which add extra hours to the workday – and don’t want to have to go back to commuting every day.

Perhaps most importantly – especially where employers are concerned – is the fact that almost a third (32%) have enjoyed increased productivity as they have not had to deal with the typical office distractions.

The Downsides Of Working From Home

While there are many benefits to working from home, many people have encountered some negative aspects too.

Almost two-fifths (37%) have experienced worsened physical health since working from home, with weight gain being a common complaint. However, many people are also seeing their mental health suffer, with 40% saying this is the case since starting to work from home. This is likely connected to the fact that 37% find it difficult to wind down after a day of working from home due to the lack of work-home divide.

Many people are missing the social aspect of being in the office too. Of those who want to go back to the office in some way (whether part or full-time), 83% say they miss social interaction during the workday.

Another big downside is that many people do not have a great place to work at home. A third (33%) of workers have admitted that their working from stations are not suitable for permanent home working. In fact, The Global Working From Home Survey has found that UK workers do not feel like they have the right equipment at home.

From no or unsuitable desks to uncomfortable chairs and the inability to control workspace temperature effectively, there are a lot of things that impact your comfort when working from home.

With hybrid and full-time home working becoming much more common, investing in your home to create a good space to work is important. Not only can being uncomfortable affect your productivity, but it can also lead to physical pain and illness. This doesn’t just mean you need a suitable desk, chair and computer equipment though.

Your company office will come with many amenities you may not have considered but that do help with your comfort. Air conditioning is one of those. Being able to maintain a comfortable temperature can help you stay focused, while air conditioning systems also help to purify the air reducing your risk of illness. 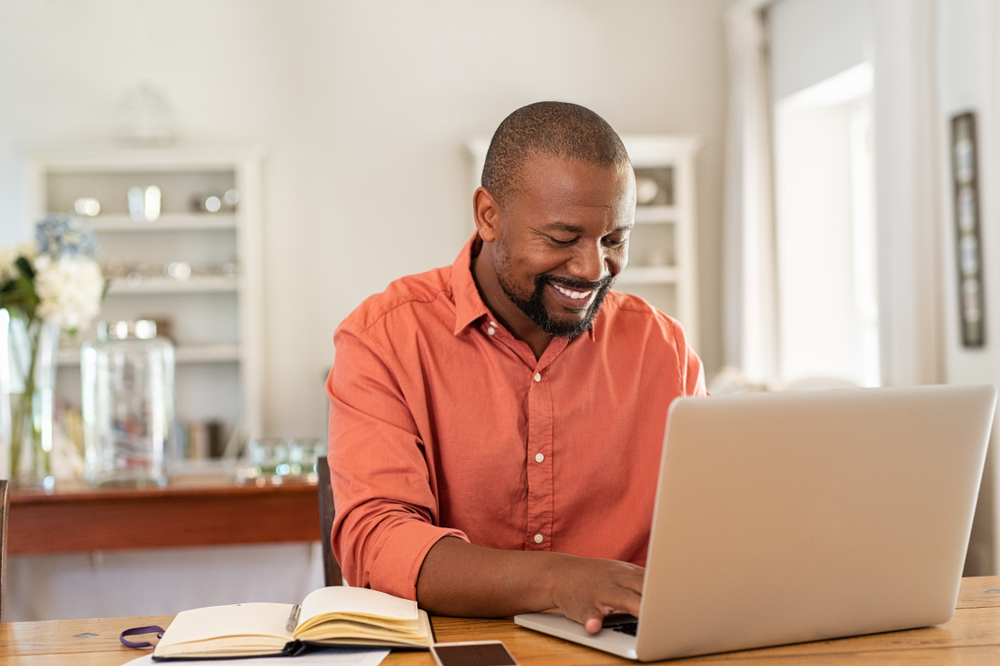 With so many companies now working remotely, learn how to optimise your home office air conditioning solutions to avoid a hot and stuffy workplace. Read more.
READ MORE 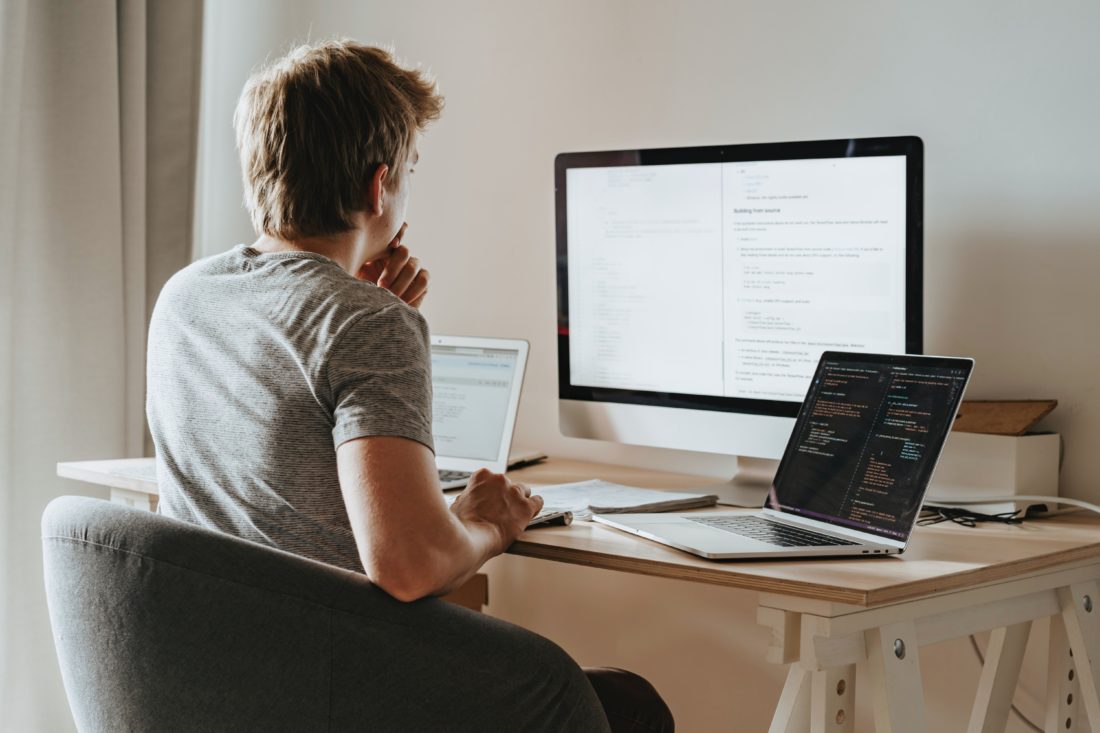 We all know that air conditioning can cool your office down, but can Air Conditioning really make you more productive? Read our blog to find the answer.
READ MORE 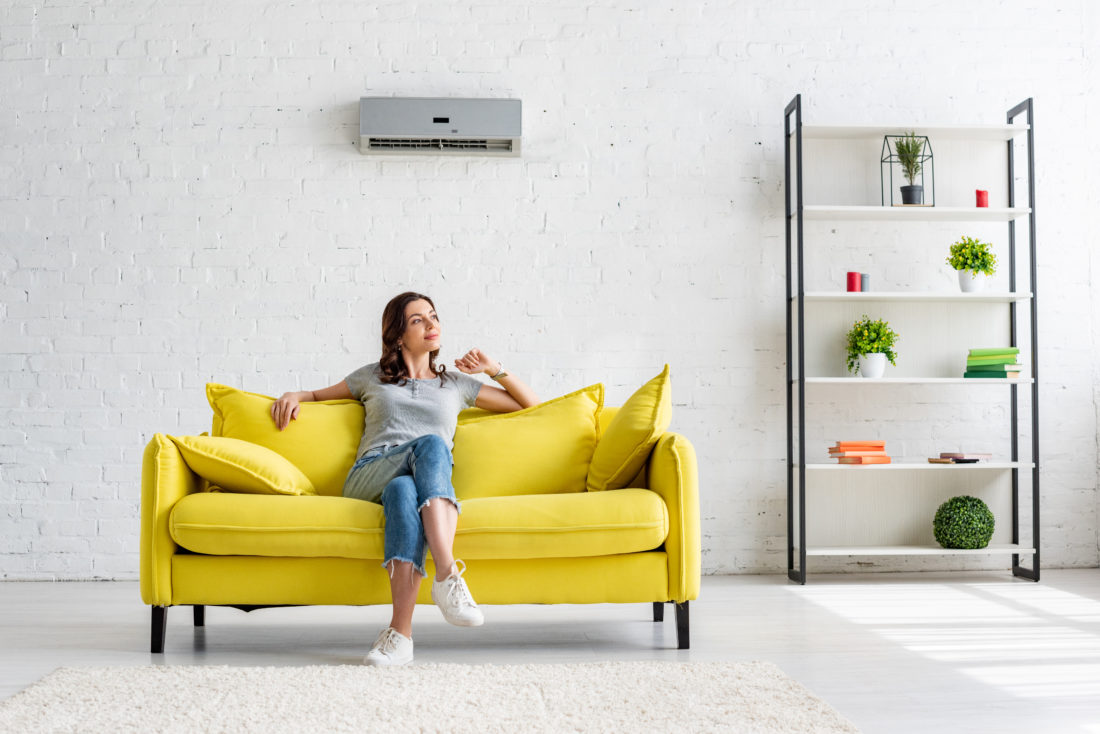 Despite schemes to reduce it, air pollution remains a growing concern throughout the UK – especially in cities. Continued exposure to high levels of air pollution can have a severe impact on your health and wellbeing, putting you at a greater risk of respiratory infections, lung cancer and heart disease...
READ MORE

How To Reduce Indoor Air Pollution 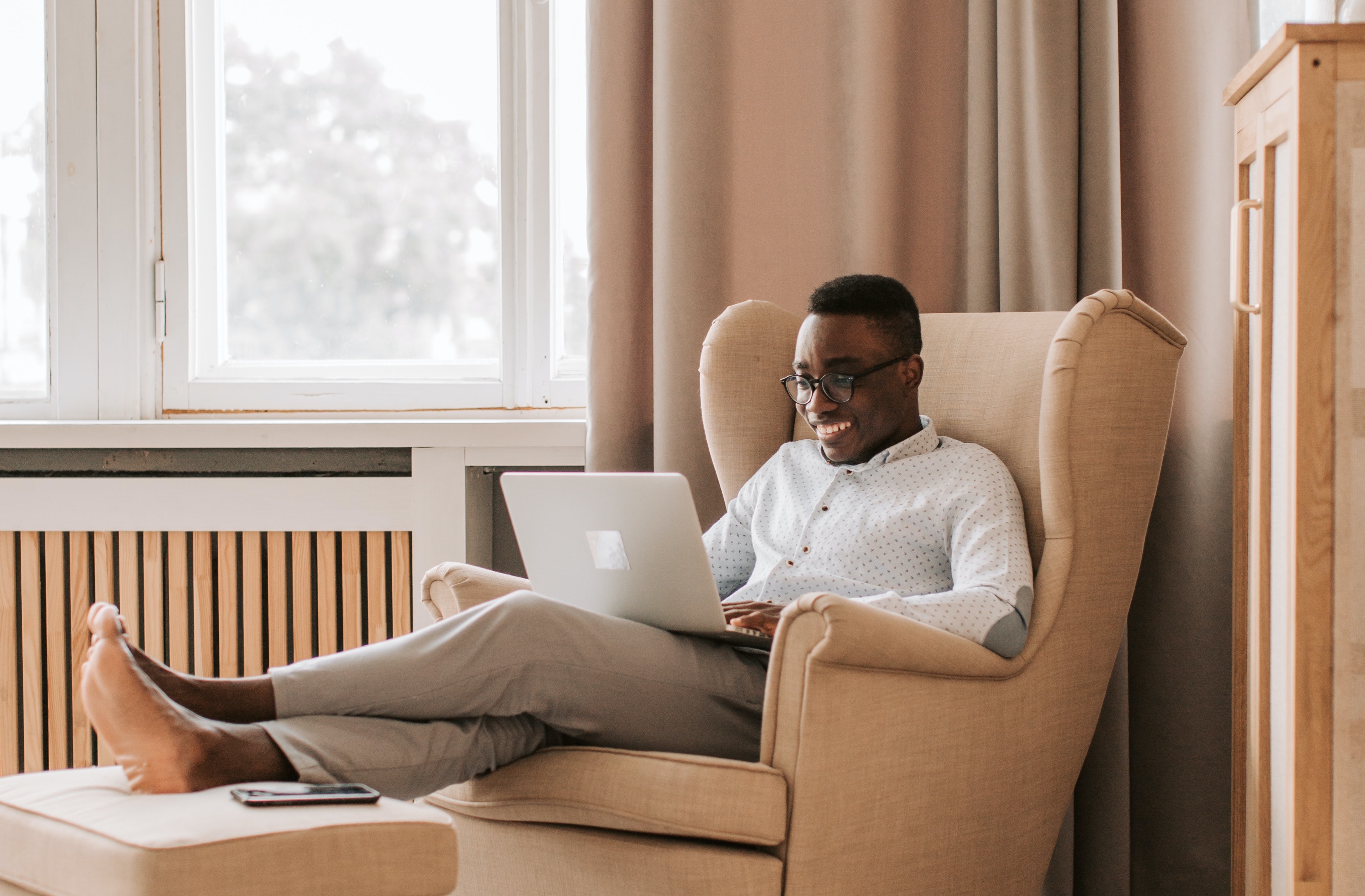 Air pollution isn’t just something that affects you when you’re outside. Indoor air pollution can be just as harmful to your health and wellbeing as the poor air quality you can encounter outside...
READ MORE 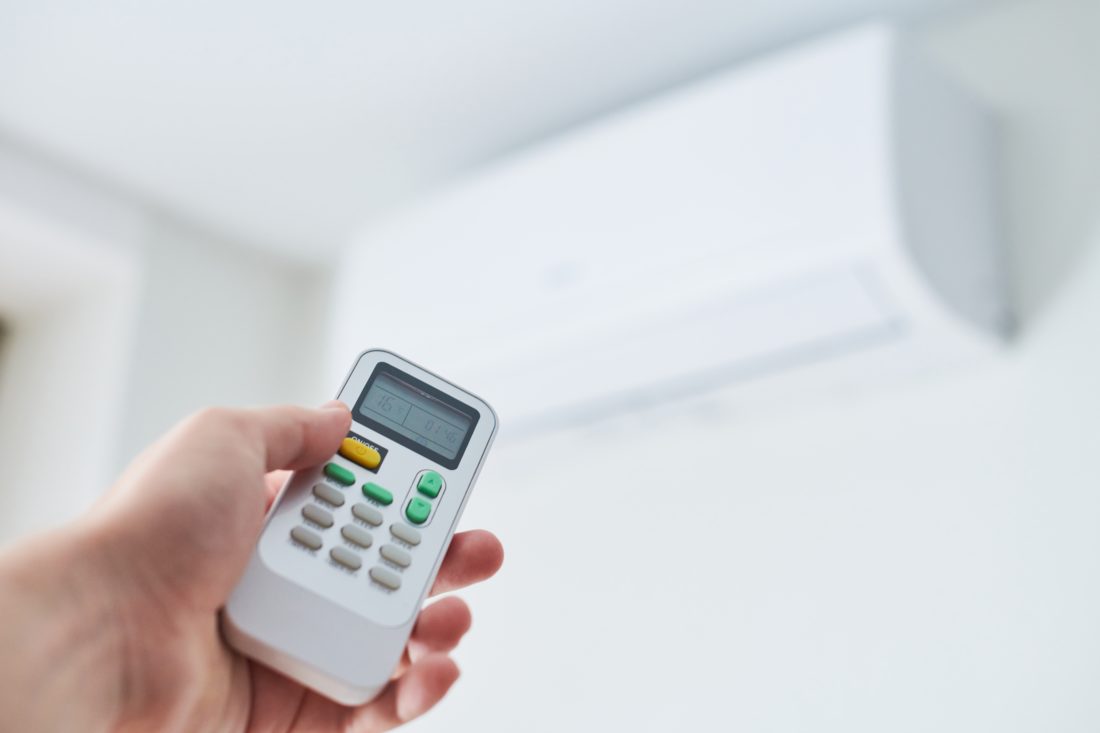 Air conditioning does a lot more than simply cool the air in your home or office. Depending on your air conditioning system, it can help keep rooms at a constant temperature, reduce humidity, circulate and flow and actually improve the indoor air quality...
READ MORE

Does Air Conditioning Increase The Value Of Your Home? 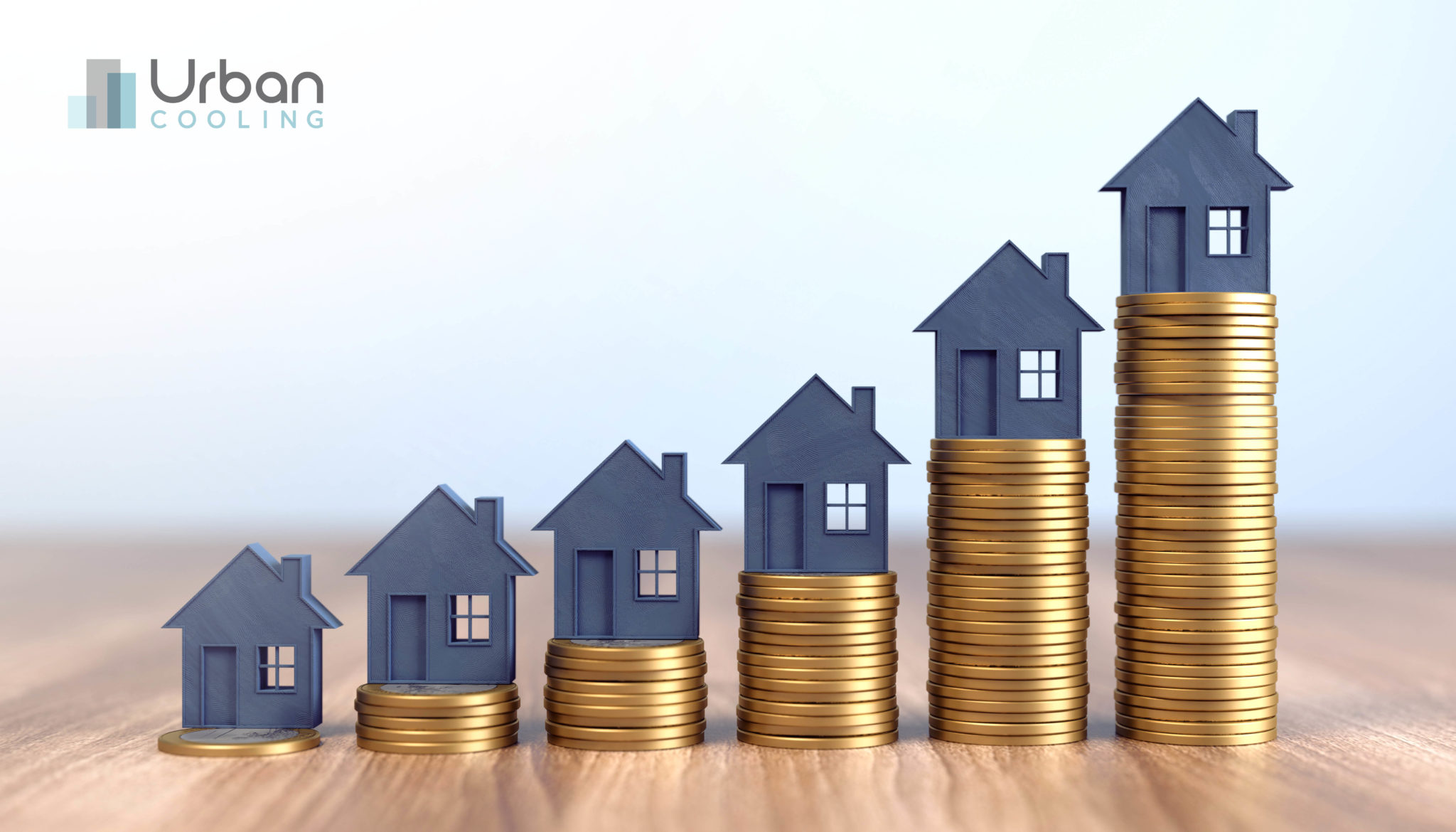 Whether you’re looking to put your home on the market or want to increase the value of your property for the future, there are a lot of steps you can take. While redecorating, upgrading things like the boiler and adding an extension are common ways people increase property values, you might also want to consider adding air conditioning...
READ MORE

What Are The Risks Of Indoor Air Pollution? 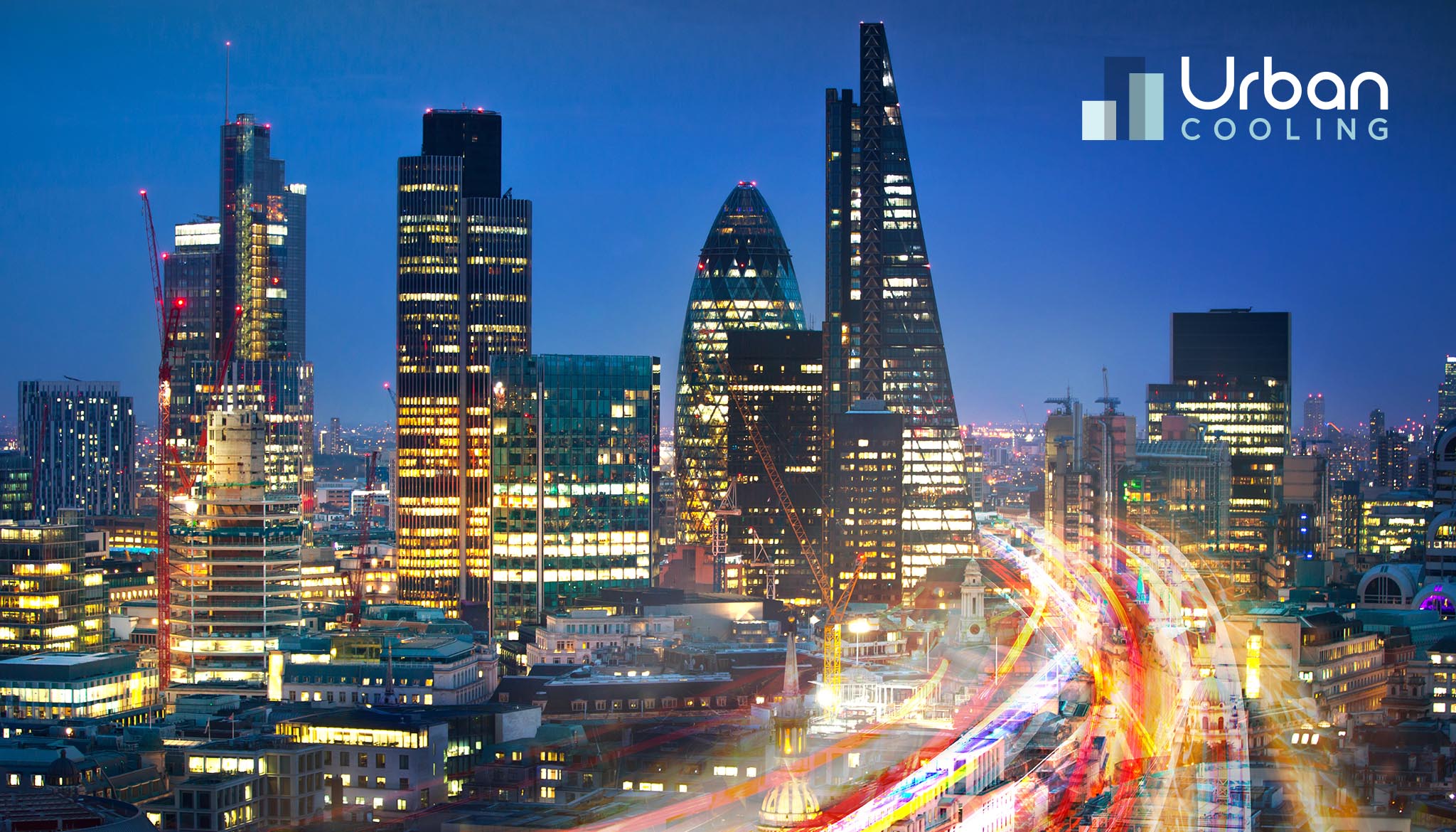 Indoor air pollution can impact you more than you think and in many different ways. While we recently looked at the impact that poor indoor air quality can have on your health, new research has indicated that it could have more of an effect...
READ MORE

How Long Should My Air Conditioning Last? 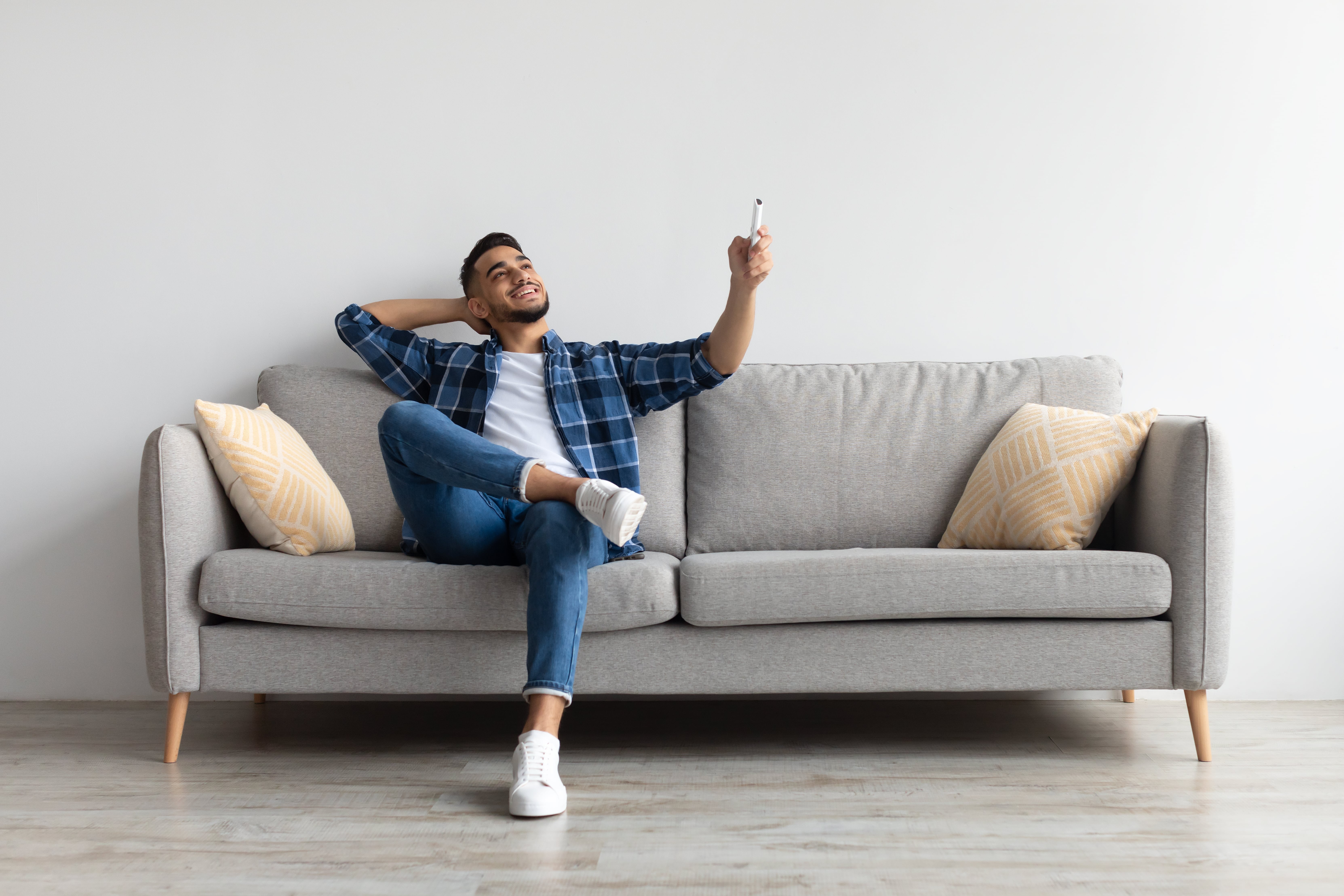 Learning how long your Air Conditioning will last, what its warranty is and what costs are involved will help you see if it’s the right investment for you.
READ MORE

Should I Use My Air Conditioning In The Winter? 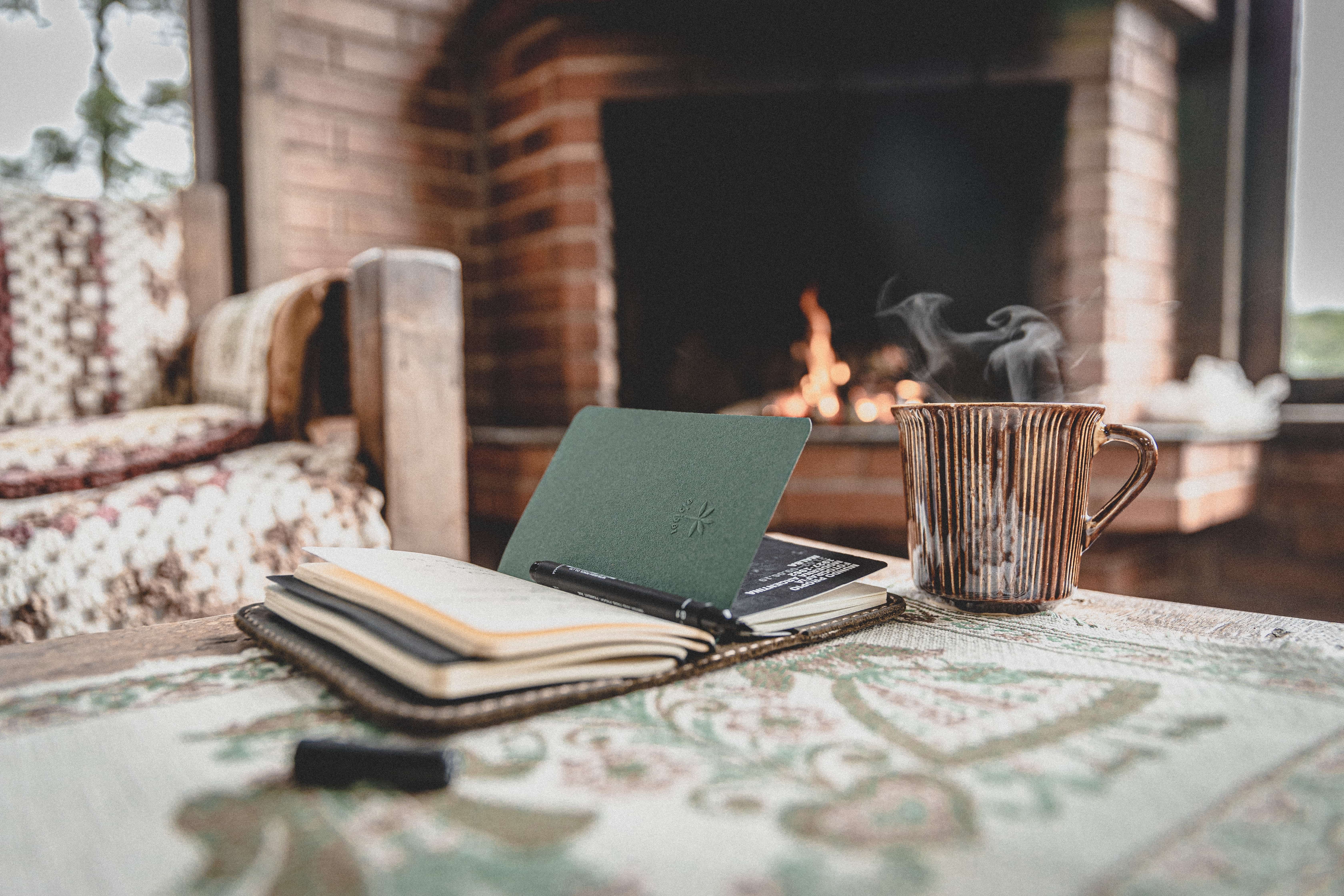 It’s a common misconception that air conditioning only gets used in the summer, especially in the UK. This isn’t the case though, as air conditioning can help ensure your home is at the perfect temperature all year round – even in winter!
READ MORE

Top Tips For Heating And Cooling Your Home 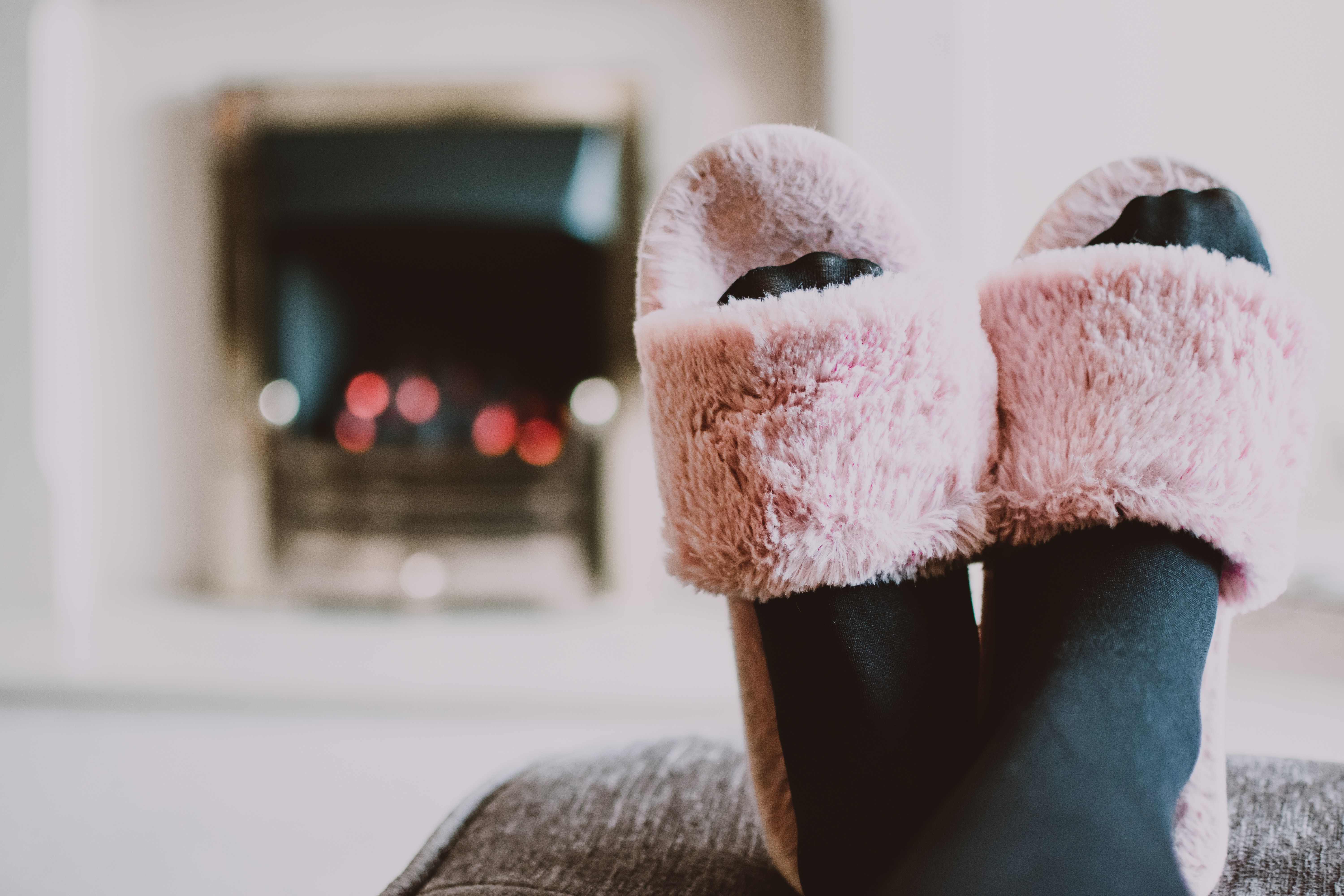 Keeping your home at a comfortable temperature throughout the year can be a constant struggle. During the summer months, high levels of insulation can leave you feeling stifled while the cold UK winters can mean you’re reaching for a blanket throughout winter...
READ MORE
Load More
1 / 3

NOTHING TO SHOW RIGHT NOW

It appears whatever you were looking for is no longer here or perhaps wasn't here to begin with. You might want to try starting over from the homepage to see if you can find what you're after from there.
Thank you! Your submission has been received!
Oops! Something went wrong while submitting the form.

What Impacts Air Quality In Your House?
What Is The Future Of Working From Home?

If you're ready to make your home cool and comfortable, make a quick and easy enquiry or give us a call on 020 8080 9708. If you've still got a few more question please don't hesitate to get in touch, one of our expert team will be happy to answer any queries you have.

What Impacts Air Quality In Your House? 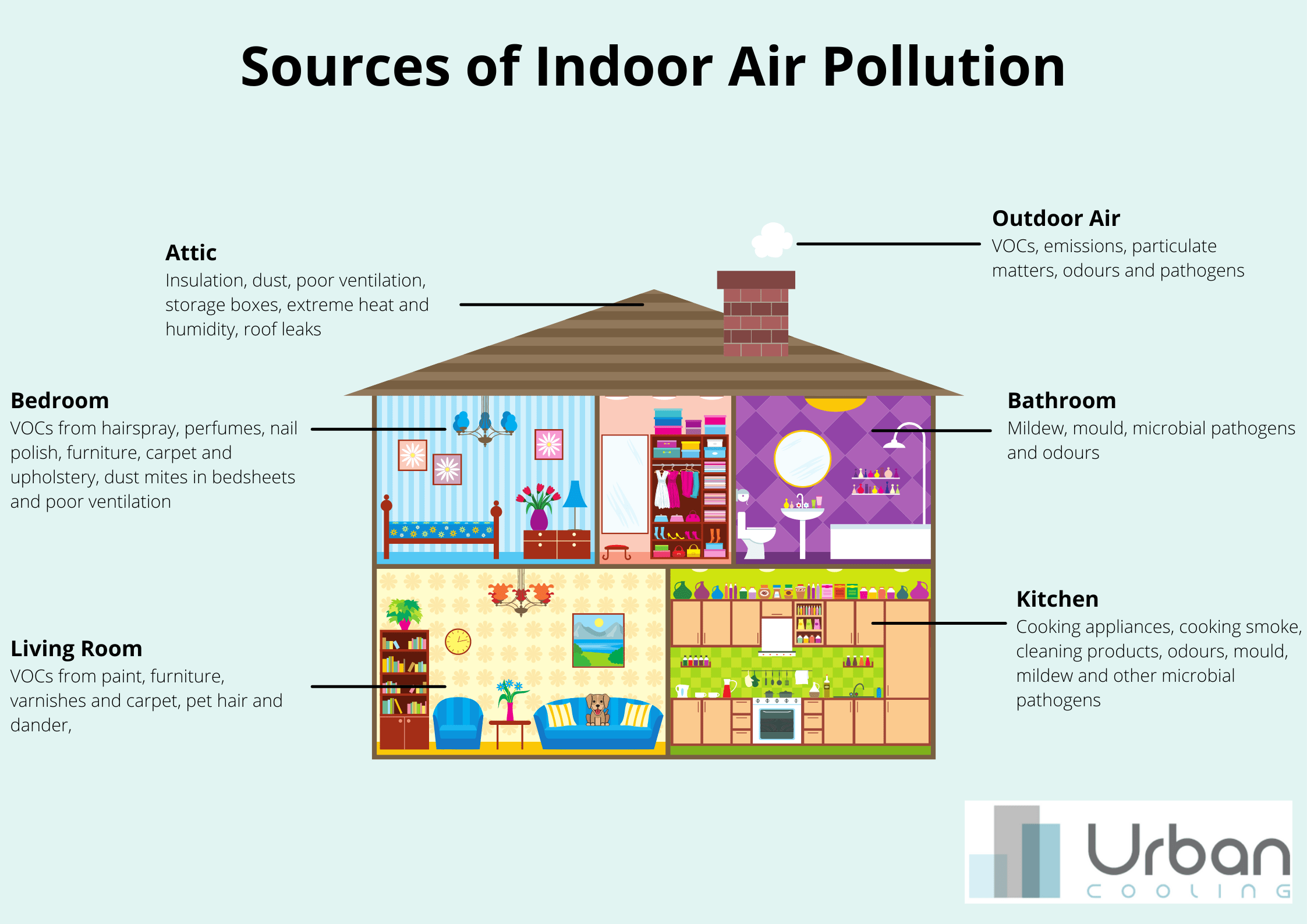 Why Urban Cooling Air Conditioning Systems Are Different To Competitors 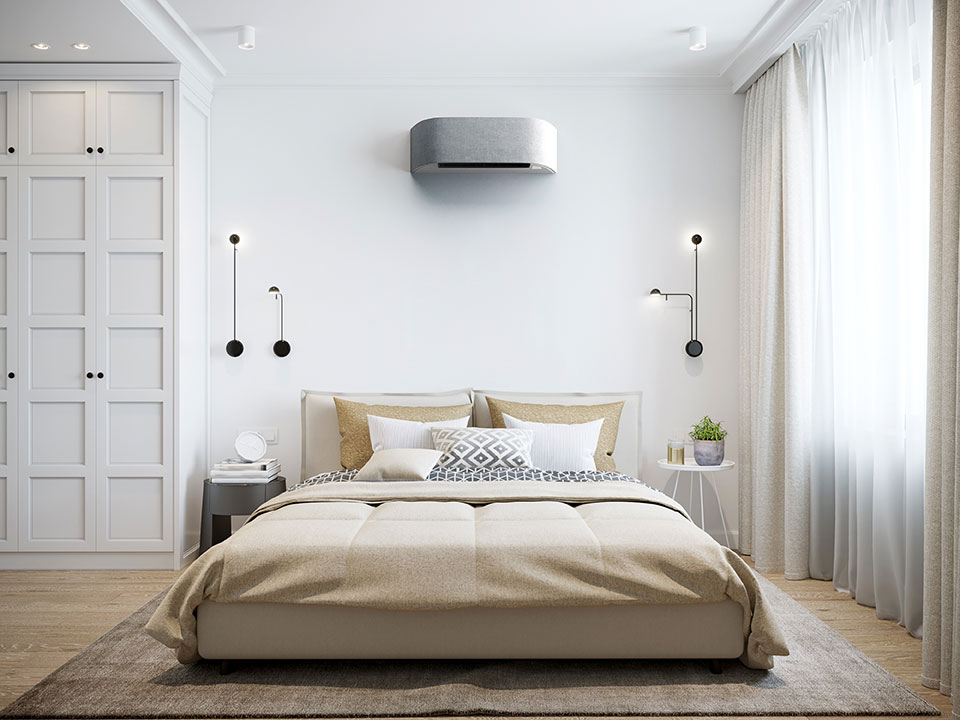 Why You Should Sleep With Air-Con On 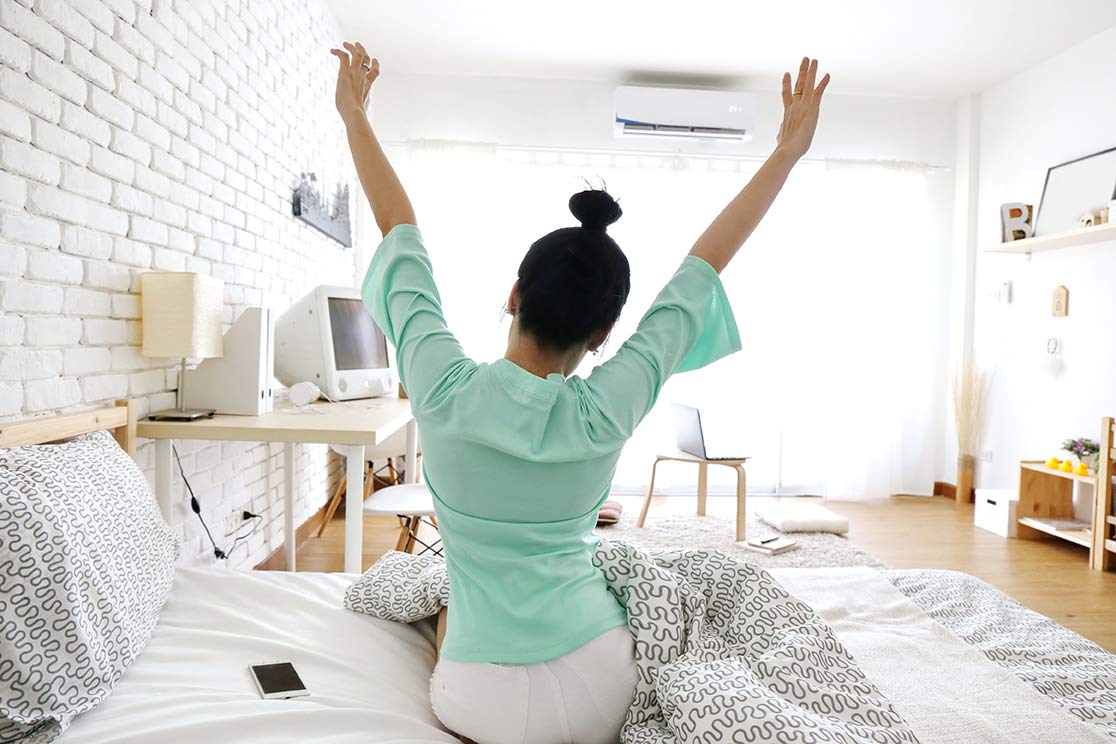 Get all the information and advice you need to make an informed decision on air conditioning for your flat, apartment or listed building. 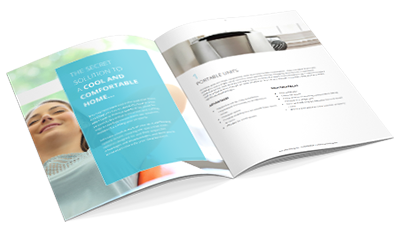 Download now to discover the perfect air conditioning solution for you, including:

Thanks! I have received your form submission, I'll get back to you shortly!
Oops! Something went wrong while submitting the form

We accept a variety of payment options including all major debit and credit cards or bank transfers, whichever is easiest for you.